There was a time when Norse Mythology and religion, which emerged in the Nordic region of Europe, dominated the whole planet.

It was supposed to believe that due to the increasing popularity of Christianity throughout Europe, Norse Mythology started dying out.

But that was a common misconception. Norse Mythology still has a powerful impact on modern culture.

At the end of this article, we have the bonus suggestions for you, so, don’t miss that.

Top 7 Best Norse Mythology Movies Ranked from Worst to Best According to IMDb:

Based on the Anglo-Saxon epic poem Beowulf written by some anonymous writer, this movie was directed by Sturla Gunnarsson and was released in 2005. This movie is available on Amazon Prime Video.

The story of this one of the classical Best Norse Mythology movies is set in 6th century Denmark.  The king of Denmark is waiting for a warrior Beowulf to fight a monster.

If you are a fan of the Beowulf saga then this movie will be a great treat for you.

Who will win in Greek Gods vs Norse Gods Fight? (IMP Comparison)

This brilliant psychological Norwegian movie was released in 2020 and is streaming on Apple TV, Prime Video and Redbox.

This fantasy adventure movie shows an anti-marvel version of Thor. Eric, the protagonist of this movie has the same powers as held by the Norse god Thor.

As the movie starts, Eric becomes a witness to a murder. He tries to run off from that place but is arrested for that murder. At this time, he comes to know about his superpowers.

Mortal is one of the best Norse Mythology movies. It has an outstanding script, the direction is on the highest level and although the majority of the casting was unknown to many, they executed a great performance.

Valhalla Rising is a Danish movie and is directed by Nicolas Winding. This English-language adventure movie was released in 2009 and is available on HBO Max.

This Best Norse Mythology movie is set in the year 1000 AD. It is the story of a mute warrior called One Eye, who has supernatural powers. This one eye is a reference to the Norse god Odin.

At the beginning of this movie, One Eye, who was being kept prisoner by a Norse chief, slays his captor and flees to a new world, where he has to find his true identity.

This sci-fi, fantasy and action genre movie, was directed by Howard McCain. Having Jim Caviezel, Sophia Myles and John Hurt in the leading cast, this movie was released in 2008.

You can stream Outlander movie on Netflix as well as on Prime Video.

This Best Norse Mythology movie is somehow loosely based on an epic poem Beowulf. Time Period of this movie is the Iron Age and during that time a spaceship crashes in mainland Norway.

There are two passengers in that spaceship, the pilot named Kainan and his enemy and the villain of this movie the Moorwen.

Moorwen is an alien species which begin to harm people in that area. Now, Kainan has to help and save the people from the Moorwen.

Directed by John Mc Tiernan this movie was adapted from the novel Eaters of the Dead written by Michael Crichton in 1976. This movie was released in 1999 and is streaming on Prime Video and Apple TV.

The story of this Best Norse Mythology movie revolves around a Muslim ambassador named Ahmad ibn Fadlan. He is banished from Iraq and then he encounters a team of 12 Viking warriors.

There was a prophecy that these warriors could not be succeeded unless they add a 13th member to their group. So, Ahmad then joins them as the 13th member of their team to fight against a supernatural monster.

Although this movie was a super-flop at the box office in 1999 but it is a decent worth-watching movie.

This recently released action/ adventure epic movie is directed by Robert Eggers and is having an amazing cast that includes Nicole Kidman, Claes Bang and Willem Dafoe.

This extraordinary Norse Mythology movie is loosely based on the story of Amleth from the Norse religion. Amleth was a prince and his father was killed by his uncle King Aurvandil.

Now Amleth has to avenge this regicide from his uncle. Fun fact, William Shakespeare’s famous tragic play Hamlet is also adapted from this storyline.

This is a rather enjoyable movie with great visual effects. You can watch this movie on Peacock.

Surely, you are well aware of MCU and its great movies about many superheroes including Thor and Loki.

Thor is a series of four movies and is a part of the marvel cinematic universe (MCU). These movies were directed by different directors and were released from 2011 to 2022. These four movies are;

These Best Norse Mythology movies are based on the story-line of Norse gods depicted in Marvel Comics. These powerful gods come inti contact with Avengers and together they fight a super villain Thanos.

Now it is the time of a bonus for you.

Are there any TV Shows about Norse Mythology?

Besides of many Norse Mythology movies, there are also some great TV shows that are based on Norse Mythology. Loki and Ragnarök are the best of them.

This coming-of-age Norwegian TV show premiered in 2020 on Netflix and still ongoing with two seasons with total 12 episodes. This series was directed by Stine Madsen and you can watch this on Netflix.

This TV Show depicts the story of a small town, which is caught in between some supernatural elements. Ragnarök has the power to make you addicted to it.

Loki is an anti-hero character in MCU, based on the Norse god with the same name. Loki as a character was shown in all the Thor movies and due to his popularity, they made a solo TV show on him.

This TV show was directed by Michael Waldron and you can watch it on Disney +.

Loki is the most amazing TV show which is based on Norse Mythology and its second season is also under development, and will be released in 2023.

So, we gathered this list of Best Norse Mythology Movies for you so you could enjoy all these.

If you have watched any of these seven movies, tell us about your experience in the comment box. 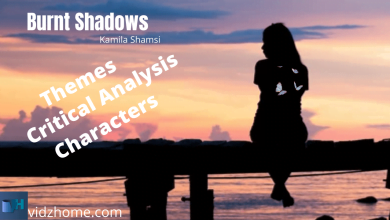