You must have wondered what is Bitcoin Mining and how it is affecting the world. Nowadays, people are crazy about cryptocurrencies and investing in them.

Bitcoin Miners are those who are responsible for all these processes and working at the backend to keep things moving. So, here is the blog about understanding Bitcoin Mining.

Bitcoin mining is a process of solving complex computational problems with the help of highly efficient computers.

Yes, it is not the traditional mining with hammers and shovels but it is a computational process.

But it is also somehow common to that mining because you get paid for how much you discover or mine.

How you can become a Bitcoin Miner?

A miner can be anyone with a good working computer or any other machine capable of solving algorithms and able to manage the hardware.

When bitcoins are mined through a computer it becomes heated up due to complex software going on in the computer.

This heating may become so intense that it can destroy your hardware. So, you need to regularly manage your device.

How to mine Bitcoin at home?

To become a miner at home, the main thing you need is an efficient device capable of solving mathematical problems because you will earn just by solving problems and if your device can not solve them, there will be no earning.

So, try to use high-performing computers with good GPUs.

You can either mine with your CPU or GPU both can be used for mining just you need to monitor the maintenance and temperature of your device.

Also, check at first hand that either it is legal in your country or not like many countries have banned it because they believe that cryptocurrency can be used in the black market and money laundering.

What do Bitcoin Miners do?

As it is clear from the definition that miners solve complex mathematical problems with the help of software. It is done by encrypting and decrypting the codes.

These mathematical problems are based on the algorithm developed by the American government SHA – 256 algorithm.

I have talked a lot about solving the algorithms or mathematical problems but the question is why we are doing this?

To answer this question, we have to move toward the purpose of cryptocurrency or bitcoin. why these currencies were developed?

So, miners are the persons who verify every transaction taking place and maintain the ledger of the blockchain.

They make sure that no fake transaction takes place by comparing the thousands of computers on which mining is taking place.

Another purpose of mining is to generate new bitcoins by adding the blocks in the blockchain every 10min.

After every successful addition of a block in the ledger, all the transactions are verified and a new bitcoin is generated.

Because miners are playing their role in generating bitcoins, that is the reason they are called miners.

Blockchain is a ledger of blocks that contain information regarding each transaction taking place with cryptocurrency.

So, it is a series of blocks that are related to every consecutive block in a way that if some manipulation takes place in one block then the total series will be affected which makes it impossible to generate fake transactions.

In this ledger, a new block is added every 10mins by authenticating the transactions taking place.

Miners are the persons who invest their devices and energy to verify the transactions and maintain the blockchain.

For this contribution, they are rewarded with new bitcoins and a very small proportion of the transaction.

Actually, every transaction has 2 IDs i.e. of sender and receiver. Each ID contains 2 keys one is a public key that is visible to everyone and one is the private key that is known to the user only.

The miners authenticate that order of transaction is from real ID by solving the algorithm and verifying that the public key is generated from the real ID or not.

This can also be explained with help of an example like if Alex wants to transfer some Bitcoins to Ben.

In this way, Alex will enter the information for this transaction into the network and it will be added as an encrypted.

When this information will be added to the network, every miner will start solving it and verify the transaction.

The one who first solves the code is rewarded with Bitcoins and gets to add a new block in the ledger. After several authentications, a new block is added to the ledger.

And with its addition of block transaction is verified and Bitcoins are transferred to Ben.

The earnings of Bitcoin Miners depend on various factors like how much energy he is investing? what is the efficiency of its devices?

As I have already said that they are rewarded bitcoin for solving the algorithm problems and adding new blocks.

About 144 new blocks are added to this chain daily and if you succeed in generating many blocks you can earn Millions.

However, for this much of earning you will also have to invest a lot in your machine.

Political History Of Pakistan(In A Perfect Chronology From 1947) 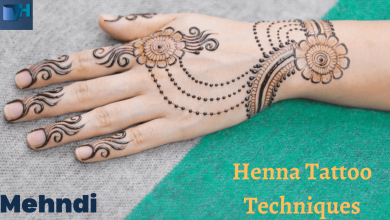